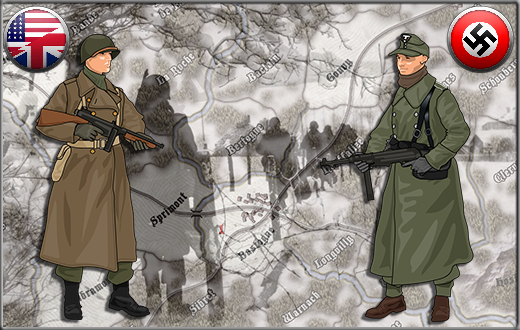 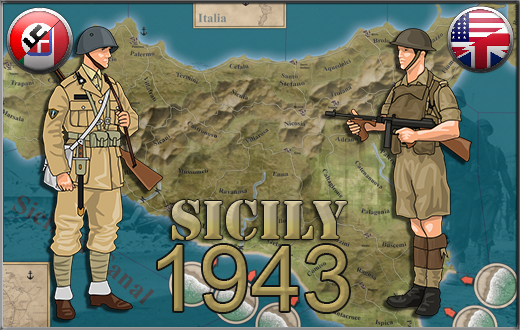 A few of these textures were already provided with the released game (most of the file names that end in -bis) but most of them weren't.  This mod supplies the missing textures and saves you having to tinker around with the insides of your game.

The hardest part of making this mod was inserting the correct U.S. flag into the right places.  For those who aren't aware of this, the U.S. flag had 48 stars throughout most of the twentieth century, and all of the stars were arranged in neat rows and columns.  Several years after the Korean War, Alaska and Hawaii became states and stars representing each of them were added to the flag. To fit 50 stars into a square pattern the arrangement of the stars had to be changed  from a grid or rows and columns to a checkerboard (or a quincunx if you're a fan of Asterix).  This difference in arrangements makes it possible to tell at a glance whether a flag has 48 or 50 stars without counting the stars.

1) Copy the Scenarios folder and its contents, and paste it into the WAW folder.

[Hint: If you use Steam, an easy way to find the contents of your WAW folder is to find WAW in your Steam Library, click on the Manage icon, then click on Properties in the drop-down menu. Click on Local Files - the third tab from the left - and then click on Browse local files].

[Hint: If you use Steam this can be reversed in several ways.  The simplest is to go into your Steam Library and verify the integrity of your installation.  This will cause Steam to overwrite all modded files with the original textures. Another way is to do it manually: I've included all the original files that were swapped out by the mod and added an equal sign (=) to the end of their name].

3) If you don't own all of the modded scenarios, the mod will add the necessary folders.  If you buy some of the missing scenarios later on, installing the scenario will overwrite the mod, so you'll have to reinstall the mod.

The latest version of this mod can be downloaded from here:

This is a link to a free Box account which often runs out of bandwidth towards the end of the month.  If that happens, wait a for a few days into the next calendar month and try again.  If the problem becomes persistent I'll set up a second link to a Dropbox account. (I don't like to use Dropbox unless I have to because it's more invasive than Box and not as well designed).

[I've now added a Dropbox link. because my Box account is running out of bandwidth.  The Dropbox link works, but it is harder to use and Dropbox tries to fool you into opening an account before you download.  You don't need to open a Dropbox account to make the link work, but you do need to explore a bit and stay calm].