Hi everyone, I've been working on a new scenario with a friend and we would like to share some info on it with you today. It's a fictional scenario named Civil War 2020 and its a three-way scenario set in modern U.S. with Liberals, Conservatives and Joint Chiefs of Staff as playable factions. Here's a little intro to it and how this war starts in our little paralel universe.

The tensions were running high leading up to the 2020 elections. As the polarization of society widened, the elections were thought to bring calm and clarity to the political situation in the US. On the 3rd of November people cast their votes in hope of weathering the political storm and in belief that the victor, with the mandate of the people, could bridge the gaps and lead the country forward. Alas, the 4th brought no clarity and the division deepened. The President declared victory and any voice to the contrary was branded as an attempt to steal the election. While his opponent declared himself the President elect and deemed that the other side was fraudulently declaring victory. For two weeks the tensions simmered. Mass demonstrations, rioting and looting engulfed the cities while the authorities were powerless to stop it. Gradually, riots turned to skirmishes and deaths began to mount. The President threatened marital law and on the 18th of November declared an investigation into the treason of his political opponents while ordering the military to take control of the cities. The Congress overruled the President and the country continued sinking into political chaos. On the 20th the Chief of General Staff called on both the President and President elect to stabilise the situation and allow the institutions to establish the actual winner of the elections. The President elect on the morning 21st of November came up to the stage in Philadelphia to declare his victory and his full confidence in removing the President from office in January. However his speech was cut short by a sniper 1.2 miles away. Chaos ensued and the Vice President elect declared herself as the new President. Congress and Senate were in shambles as the skirmishes throughout the country turned into open hostilities and people began to arm. Last-ditched attempt was made on December the 2nd for the military to stabilize the situation declaring martial law until the new election can be organized. The President declared the move treason, fled the White House to Florida and ordered mobilization against the military coup, while his counterpart fled to California also declaring the military coup and ordering the mobilization of her loyalists. The final attempt was made on December the 23th when both chambers of Congress met in Washington to come to a resolution but were cut short by an event that would later be called the Storming of the Capitol. With many political leaders gone or declared to a side, battle lines were drawn and hostilities turned into open conflict.

Preview of the map: 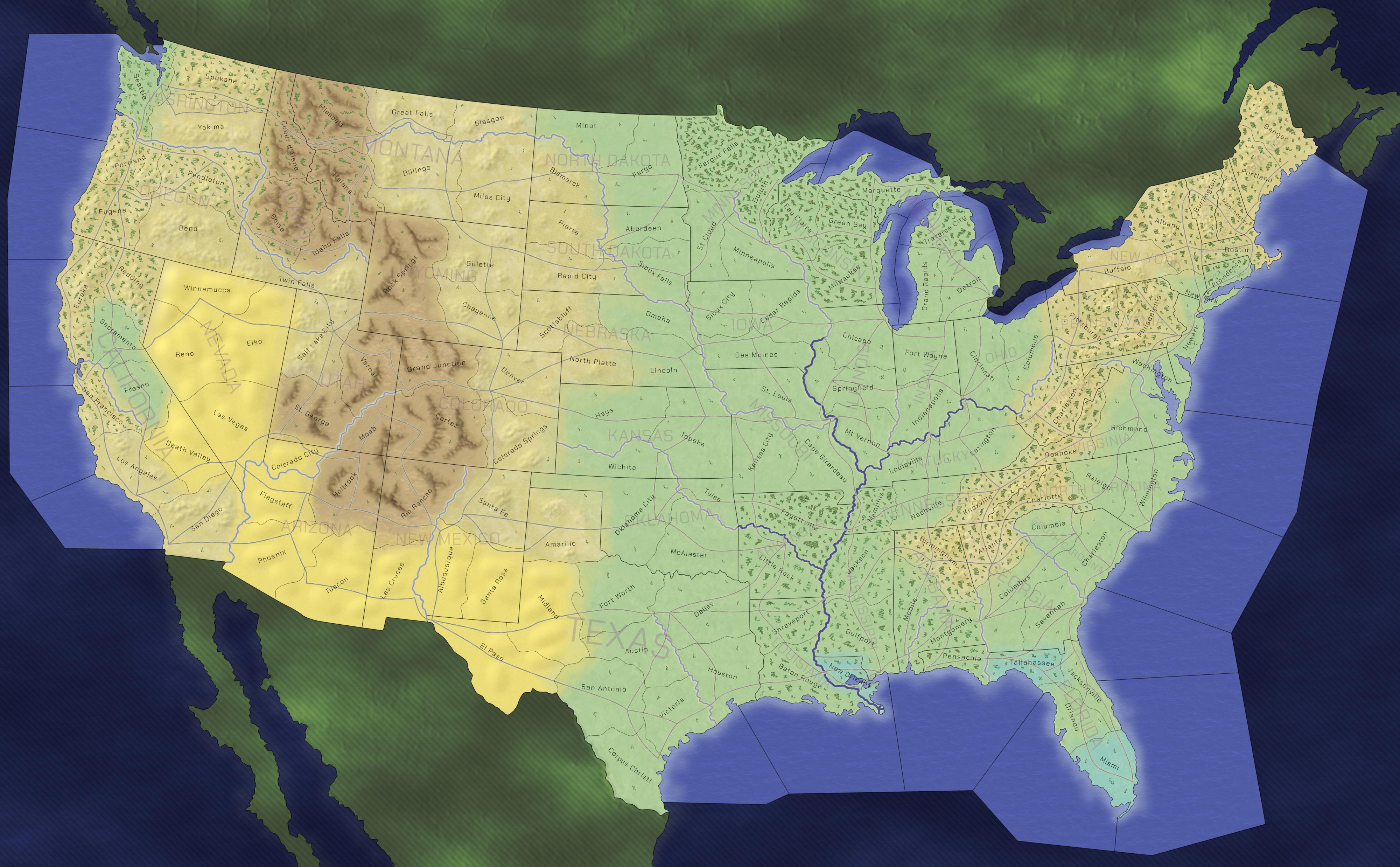 And a little question for you all. Do you prefer counters with NATO style icons or faction flags? 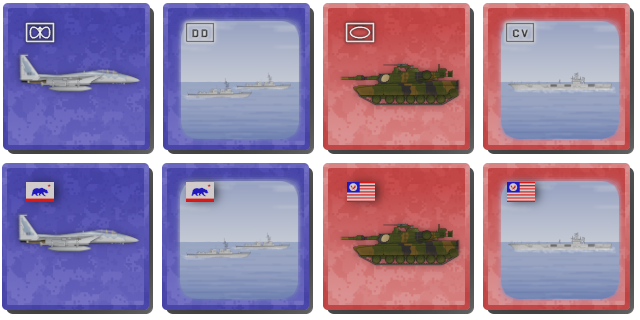 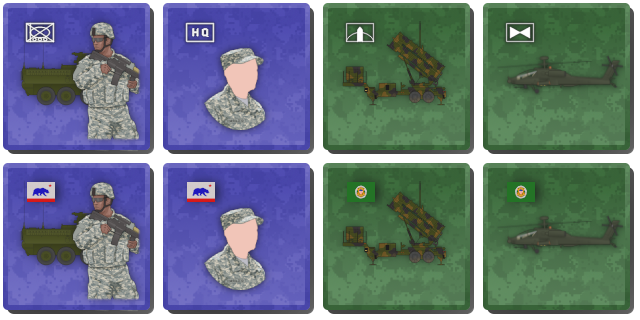 All feedback and criticsm welcome :)

Sensitive topic for Americans!  I would prefer counters with faction flags.  I would recommend a scenario on a possible civil war in the future rather than tying it too closely to current events.  Good what if scenario.  We need more of them for this fine gaming system.  Good luck!

No Off Map Box with Alaska, Puerto Rico or Hawaii ?

Another Off Map Box idea : Panama could allow passage from one ocean to another ?

I managed to forget to say that the map is work in progress and yeah, the off map boxes are missing :) We are still checking what off map boxes we are going to need but Panama is for sure going to be done for that exact reason you mentioned.